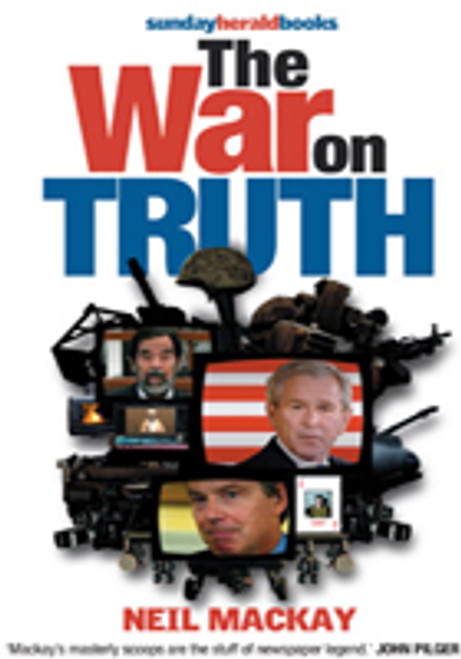 So, you think you know everything there is to know about the invasion of Iraq? Well, think again. In The War on Truth, internationally acclaimed investigative journalist, author and film-maker Neil Mackay exposes what really lay behind the occupation of Iraq as well as the truth about what is happening there today.

Mackay draws on his sources within British and American intelligence and four years spent investigating the roots of the war, the invasion and the occupation. In this highly accessible, no-holds-barred polemic, an arsenal of incendiary facts, scoops and exposés are unleashed and delivered with aplomb.

This is the book for the 21st-century ‘thinking rebel’ – a literary guerilla attack on those in power that takes no prisoners; a savage, satirical and personal take on the violent world we live in.

The War on Truth reveals:

You can’t miss this book – and here’s why: in August 1999, Mackay revealed after briefings with his intelligence contacts in the CIA that the al-Qaeda network was planning to attack the US with planes. Make sure you read The War on Truth – your sense of reality depends on it.

Neil Mackay has appeared on TV and radio across the world as a commentator on politics, terrorism, intelligence, security and defence. He is a multi-award winning reporter, and three times finalist as British Reporter of the Year at the British Press Awards. His articles have been read by millions on the internet.