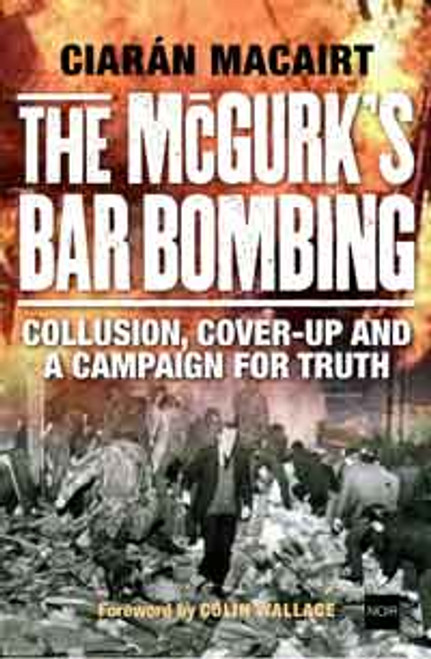 In the early evening of Saturday the 4th December 1971, British extremists from the Ulster Volunteer Force planted a no-warning bomb on the doorstep of a family-run bar in north Belfast. It ripped through the building and killed 15 men, women and children. It was the country’s most heinous massacre of civilians since the Nazi Blitz. Nevertheless, amid a dirty war, the innocent victims that night were to become forgotten victims.

British military, Government and RUC police sources blamed the bombing on the IRA immediately, even though all evidence, including a witness who saw the bomb being planted, proved it was an attack on the pub and no accident. The State and her forces, fed black propaganda into the intelligence stream, media and public consciousness.

Since then the families have fought tirelessly and constitutionally to clear the names of their loved ones – for their only crime was the faith they followed.

Ciarán MacAirt’s grandmother, Kathleen Irvine, was one of those murdered in the McGurk’s Bar Massacre. His meticulous and immensely detailed research has uncovered historic archives which have dragged collusion and cover-up by the State into the cold light. It is a paper trail that goes to the highest levels of the Government, police and military and proves that society must heed the failings of the past or be doomed to repeat the same mistakes time and time again.

The author’s research has featured in TV, radio and documentary programmes and in 2011 he presented his testimony to the powerful US Helsinki Commission on Capitol Hill, Washington DC.