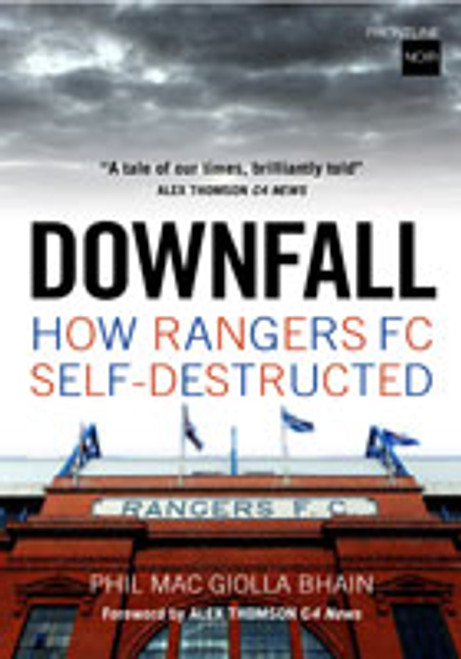 “Phil Mac Giolla Bháin faced down a mixture of physical threats, official denials and scorn from the Scottish journalistic community before he was finally vindicated when Rangers suffered its financial collapse.”

Downfall – How Rangers FC Self-Destructed is the riveting story of the biggest sporting scandal in British history – the demise of Rangers Football Club, the roots of which are shown in the author’s prophetic online output over a three-year period.

The telling of the Rangers story has been a triumph for new media over traditional news organisations and represents a paradigm shift in Scottish journalism. The story was led by bloggers like Phil Mac Giolla Bháin, an established print journalist in Ireland who was at the heart of this digital revolution in the Fitba Fourth Estate.

Using his own website and other online outlets he broke exclusive stories and provided analysis and comment to a growing audience, including 15,000 twitter followers. The idea of Rangers being liquidated was unthinkable, but it happened. It caught the traditional media by surprise. The fans didn’t want to believe it.

This book is proof that the truth was out there, but many coul not handle it.