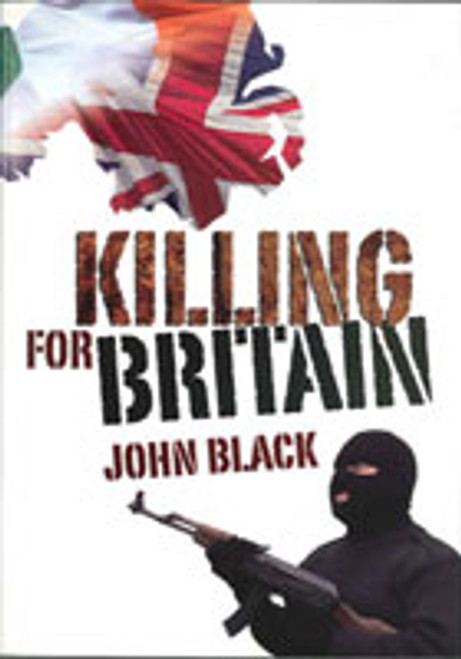 Collusion between British forces and Loyalist paramilitaries is the last untold story of the Troubles and Killing for Britain confirms both Republican claims that the British ran Loyalist Death Squads, as well as Loyalist claims that their activities were not only tolerated but in fact fully supported by the British state. Killing for Britain is former UVF commander “John Black’s” story of how he was directed by the notorious British army counter insurgency unit, the MRF (Military Reaction Force) in 1972. The author was in British Army uniform on three occasions including on Bloody Sunday.

Later there would be little direct contact between Loyalist paramilitaries and the British Army, but these early years show the Collusion template forming, becoming a key dynamics of the Troubles, resulting in the deaths of paramilitaries and civilians. Killing For Britain graphically confirms security policy was to use the killing of civilians as a means of forcing them to give up support for the I.R.A. This remarkable document is written by an eye-witness to murderous events.
The book relates the author’s personal, harrowing journey from human to monster and back to human again showing how such events from the past torture even the toughest people
This title has attracted such interest in some quarters that they could not wait for the book to land in the stores – and so the author’s home was burgled and the file erased from his computer. Disks and memory sticks were also stolen. Fortunately, copies existed elsewhere.

“John Black” was born and raised in north Belfast in the 1950s and 60s. He joined the UVF in 1971 to “defend his community”. He was twice convicted of paramilitary offences and served time in Long Kesh. Still as convinced a Loyalist as he ever was, “Black” however has renounced violence and has written this book to expose the British Establishment’s role in murder of paramilitaries and civilians, and as a cautionary tale for anyone who might consider terrorism as an option. He lives now in Scotland.