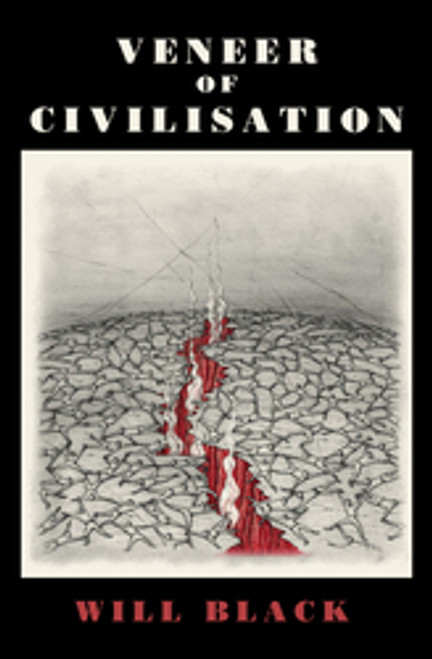 The book brings together politics, psychology, literature and anthropology, discussing ways in which the veneer of civilisation can be eroded by events or dramatically torn away, Veneer Of Civilisation also considers paradoxes such as one nation claiming to be civilised even as it drops bomb on a country where civilians.

The potential erosion of civilisation in the US and Europe by the Far-Right, who exploit the violence of groups like Daesh to justify racist narratives, is examined. This includes a focus on Anders Breivik and his attempt to spark a Europe-wide civil war, Jo Cox’s killer Thomas Mair, the banned Nazi group, National Action and attempts to rebrand the far-right with the term ‘alt-right’.

Recent events in Charlottesville and the Far-Fight’s embracing of Donald Trump as their hero are covered. The paradoxes of technology, in their ability to sustain and drive forward human civilisation while also sometimes harming, dividing and binding humans, is examined in detail. This includes oil’s explosive capacity to cause conflict, as well as climate effects, and the possibility that computers are leading to a new feudalism, with the chasm between the technology haves and have-nots growing. The background, value and pitfalls of globalisation neoliberalism are discussed in the context of notions of utopia and dystopia, and the recognition that one person’s heaven can be another’s hell.

Will Black is an anthropologist, journalist and former clinician. He is the author of Beyond the End of the World, Veneer of Civilisation and Psychopathic Cultures, the first of which was based on postgraduate anthropological research into experimental religion, conspiracy theories and cult activity. Veneer of Civilisation and Psychopathic Cultures span politics, the mind and science. They are both published by Frontline Noir.