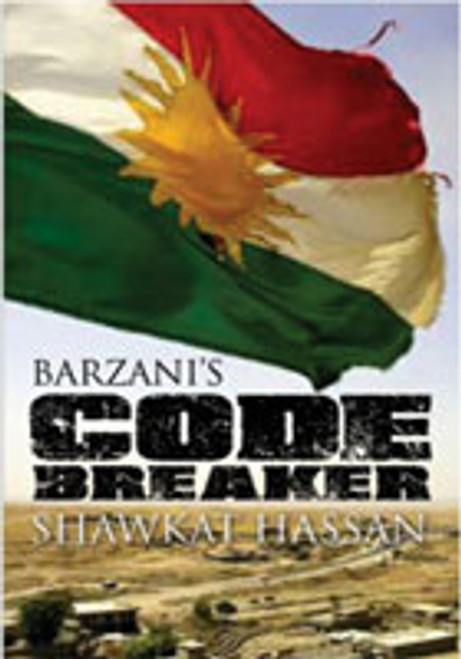 “This book changes the face of Kurdish History!”

There has never been an account of the Kurdish Revolution from such a high ranking former guerrilla before. Hassan was considered by Mustafa Barzani “as close as any of my sons” and was Barzani’s 2nd in command for many years. Hassan’s unique code-breaking skills ensured that he kept the Kurdish nation one step ahead of every Ba’athist troop raid, air raid, assassinations and more. Hassan developed a Kurdish area-wide network of improvised radio communications. He became a code-breaking legend even among his Ba’athist foes and they insisted that Hassan attend negotiations between the Kurds and Iraqi generals. He was challenged to break a code there and then, and when he did so, deciphering the latest Ba’athist army manoeuvres in the communiqué he had been handed as his test, the Iraqi general snatched the paper away from him, realising that handing a master code-breaker last nights army orders was not the best move after all!

Shawkat Ismail Hassan was born on 22 April 1937 in Slemani where he completed his education. In 1957 he enrolled in the Baghdad Police Academy. Only five Kurdish applicants were accepted; the rest were Arabs. In the English language examination he was the first in his class, and consequently was nominated for further training in the UK. But the scholarship was cancelled due to the policy of Kurds not being allowed the opportunity for higher advancement. However, after the Academy training he was awarded the rank of First Lieutenant and instructed to serve in the Police Roaming Forces. His company was transferred to Mosul in the north of Iraq, and he was sent with this platoon to Haren village near Pera Kapra on the upper Zab River. As a result of a series of surreptitious communications with the Kurdish Revolution Army members and the Leader Barzani himself, he joined the Peshmerga forces in their struggle for liberation.